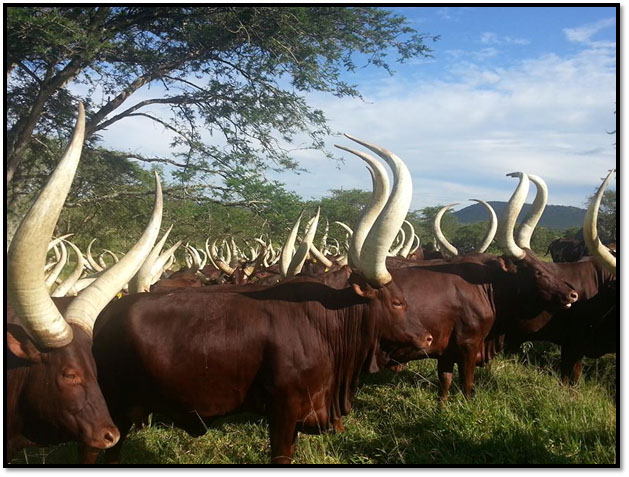 Uganda Meat Producers Cooperative Union Ltd (UMPCU) with assistance from The Royal Norwegian Society for Development (Norges Vel) and Nortura SA (Nortura) aims to develop UMPCU as a private sector led meat producer cooperative in Uganda. This process organized as a development project will lead to a sustainable supply of livestock to markets and improve the welfare of UMPCU members. Unfortunately these efforts are being affected and delayed by a cattle disease. UMPCU, Nortura and Norges Vel are coordinating efforts and discussing changes in the project activities in order to cope with the current situation.

Foot and Mouth Disease is a transboundary animal disease, has no boundaries and can easily spread between nations without respect for borders; it is caused by a highly contagious disease agent that spreads extremely fast. The disease causes immense production losses and in most cases with serious socio-economic/trade consequences and threats to the livelihoods of farmers. The spread is heightened by the local, national and global trade and movement. Foot and mouth disease despite the low mortality it causes tops the high impact animal diseases due to the economic and trade related losses endemic states suffer.

Foot and mouth disease is endemic in Uganda and affects all cattle, goats, pigs, sheep, and a lot of wild game buffaloes. It is prevalent in most parts of the country and outbreaks can occur anywhere at any time of the year. FMD has seven immunologically distinct serotypes (O, A, C, SAT 1, SAT 2, SAT 3 and Asia 1). All these serotypes except Asia 1 have been recorded in Uganda. The common methods of control include Vaccination and quarantine that are always done to combat out breaks in a fire brigade approach rather than routine practice and even then, inadequate coverage, Although annual economic losses due to FMD at the national level are not yet quantified, the qualitative losses like Compromise of food security, increased cost of production, disruption of livestock trade are grossly evident.  Previous efforts to promote disease control and livestock trade led to four disease control zones (DCZ’s)  that were mapped and earmarked to eventually become disease free zones by 2020, this might not be achieved.

A total of 46 disease outbreaks have been recorded in Uganda since January 2013 to February 2015, this in essence means that in every month in Uganda, there are close to 2 outbreaks anywhere in the country. The pattern underscores any control intervention/measures being undertaken, we would have speculated that the outbreaks in 2013 would have been more than in 2014, but it was on the contrary.

UMPCU has assisted its members in the districts of Nakaseke and Kyankwanzi to vaccinate about 6000 cows which has facilitated control of the disease spread in those two districts.

It is also estimated that from November 2014, a total of 8 districts have had outbreaks and are estimated to have a total of 1,500,000 cattle amongst themselves. Of these the government has only provided about 200,000 doses of vaccine to cover outbreaks between December 2014 and February 2015.

A meeting was held between UMPCU and the agriculture committee of parliament on the 26th February and UMPCU proposals will be tabled on the floor of parliament in month of March 2015.

Four districts (Nakaseke, Kyankwanzi, Mbarara and Kiruhura) and total 11 cooperative societies covered by UMPCU are affected by the ongoing quarantines. Unfortunately these are the districts with highest number of cattle within Uganda and UMPCU membership.