In 2006, a feasibility study was conducted on developing  an export- oriented meat industry in Uganda which established that the meat sector did not meet the minimum requirements for meat export. It also revealed various problems that needed attention like livestock disease, poor market infrastructure, outdated legislation, low financial resources, poor animal identification and traceability systems, weak animal welfare, poor animal breeds, and poor service delivery to farmers, increased middleman interference, and the absence of good abattoirs. The most glaring problem was a complete lack of organised cooperatives.

The report established that the formation of producer cooperatives was the best way for farmers to realize the ‘unmined gold’ that they owned. In response to the report, the government established the Uganda Meat Export Development Programme (UMEDP) housed in MAAIF.

The idea was to put structures in place to improve local livestock marketing and meat export – the most important of which was to mobilise farmers into formation of primary producer cooperative societies. This is mainly due to the fact that the desired markets require high quality disease-free meat calling for interventions along the value chain to up-grade the standards of meat and meat products. Farmer cooperatives were therefore seen to be the best vehicle through which such interventions could be effected. Throughout the bigger part of 2008, farmers within the cattle corridor were mobilized and formed primary meat producers’ cooperative societies. By October 2008, 43 Primary Societies had been registered. After their formation and registration, the societies joined together to form the Uganda Meat Producers Cooperative Union Limited. 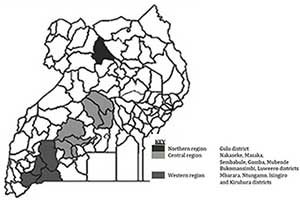 Uganda Meat Producers Cooperative Union Ltd. (UMPCU) currently has 34 Member Primary Cooperative Societies. These are located within the three Disease Control Zones (DCZs) of the Ministry of Agriculture Animal Industries and Fisheries (MAAIF). UMPCU membership covers a total of 17 districts. UMPCU has established three administrative units known as Livestock Resource Centres (LRC): one in DCZ 1 in Nakaseke, two in DCZ 2 in Mbarara and Masaka respectively. These LRCs decentralize service provision to the members. The Union has a central coordination office (secretariat) in Kampala. Plans are underway to acquire permanent office premises in Kampala or its suburbs. 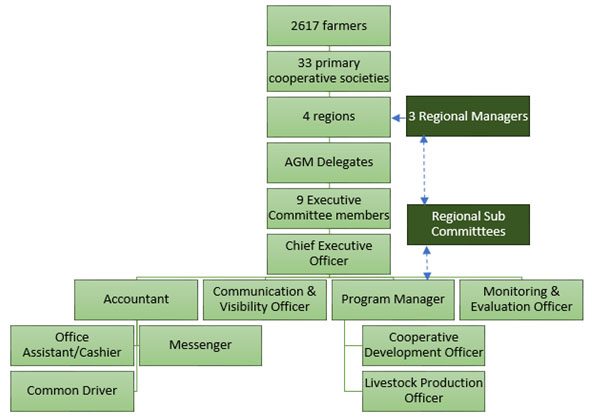 We are Here To Help!