by UMPCU | May 19, 2013 | Livestock Production and Productivity Improvement | 0 comments 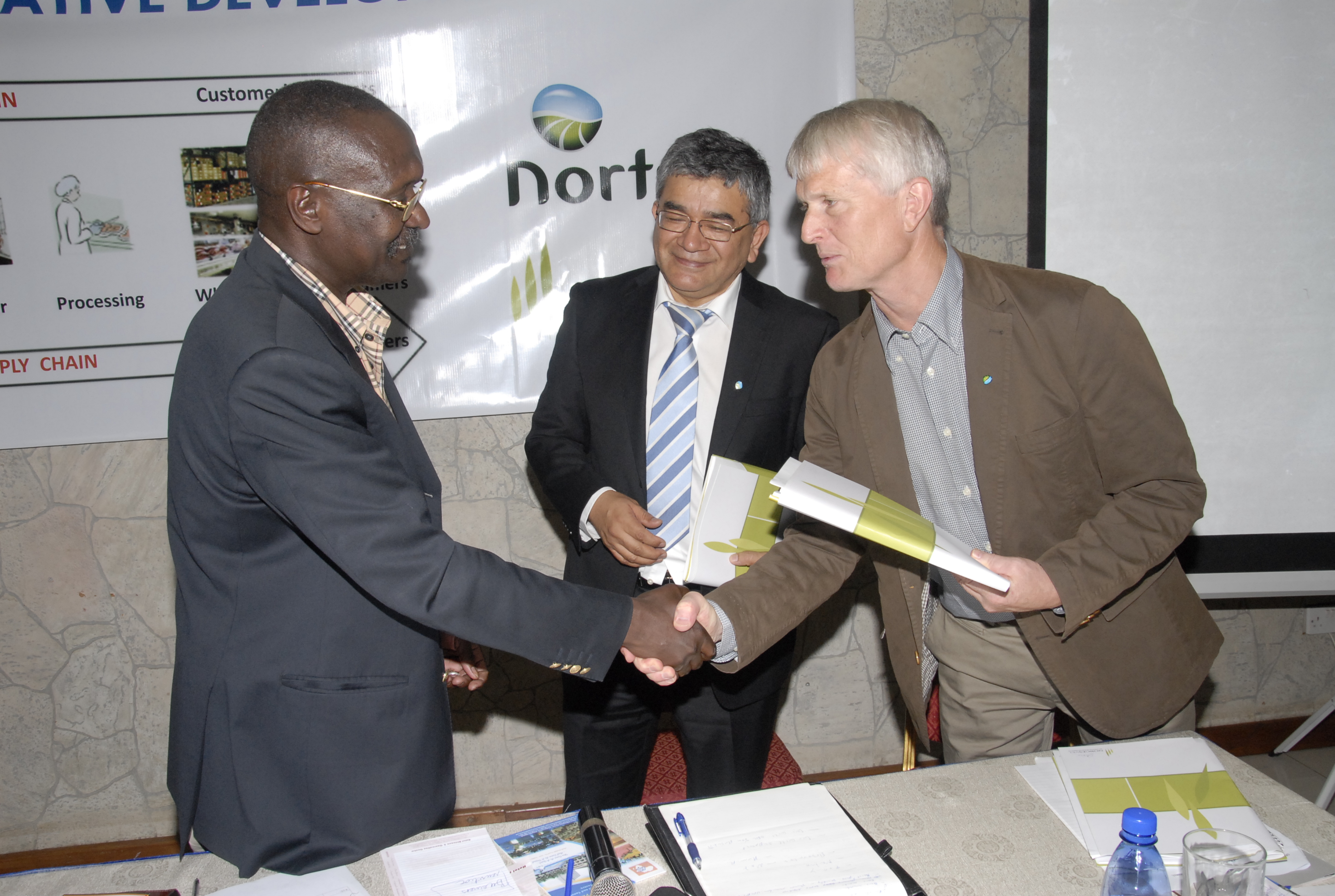 Uganda Cattle farmers have finalized preparations to build a sh18bn($7m) modern abattoir that meets the international standards to enable them export meat products to outside countries.
The farmers under their cooperative the Uganda Meat Producers Cooperative Union (UMPCU) Ltd, have agreed to build an abattoir that meets international standards. The made the decision at their Annual General Meeting held at Uganda Manufacturers Association Lugogo on Wednesday.
A UMPCU official Dr Francis Jumba noted that local cattle farmers will get double the price of their meet products and carcasses, when the project kicks off. He added that farmers will be able to get better breed improvement as part of the benefits accruing out of a Memorandum of Understanding reached between the UMPCU, Fresh Cuts and Top cuts.
“Lack of an abattoir that suits the acceptable standards affects the market of our meat. We believe this is going to do us good especially the cattle farmers,” Jumba noted. He admitted that presently, Uganda only has basic slaughter houses, and not a single abattoir worth mentioning.
Jumba warned that animals face a lot of cruelty before they are slaughtered especially when they are being transported which affects the quality of meat.
Chief Executive Director UMPCU, Tracy Hathorn confirmed they have acquired land in Nakaseke for the construction with the help of the Ugandan President Yoweri Museveni. “Am pleased to let you know that we have been working on resolving this issue and will make sure we have the tittle deed soon,” Harthon told the AGM.
“The next plan will be getting a layout of the land , give it to an architect to see how they can fit the plan to the land considering the Halal aspect , ”Hathorn revealed.
Benon Kyokwijuka, a commissioner Ministry of Agriculture and, Animal Industry, noted that Uganda has challenges regarding producing quality meat and quantity to meet  both local and international market demands due to lack of knowledge and skills.
“Infrastructure challenges and value addition are still affecting our farmers. They still cannot maximize production,”  Kyokwijuka said.
Article by Noah Jagwe, New Vision Reporter