by Communication and Visibility | May 27, 2021 | General, Institutional Development 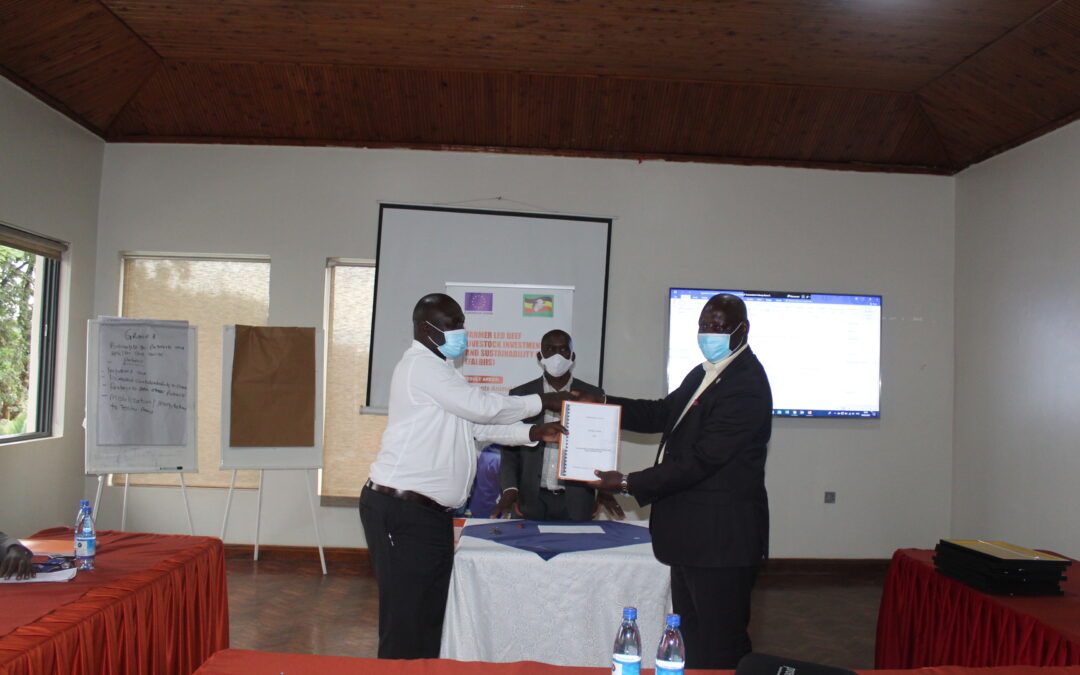 The newly elected Chairman of the Executive/Board of Uganda Meat Producers Cooperative Union Mr. Martin Kananura, together with his team have received their instruments of work. This took place at a handover ceremony from the outgoing Board to the new Board, held on Wednesday 19th May 2021 at the Fairway hotel in Kampala.

The incoming team was voted into office during the Union’s Annual General Meeting (AGM), held on Thursday 29th April 2021 at the same venue.

The Assistant Commissioner for Cooperatives Mr. Robert Mpakibi Waiswa who presided over the handover ceremony urged the new Board to work towards ensuring the Union’s growth in share capital and partnerships, and eventually an increase in net worth. He reminded the team about the meaning of cooperatives, their core values and seven principles.

Mr. Mpakibi also gave a brief history of the cooperatives movement in Uganda, which he said begun in Mubende district in 1913 with “Kinakulya Growers”. Its formation later resulted into the granting of autonomy to Ugandan farmers after mounting pressure was put on the then colonial administration.

The outgoing Board Chairman Eng. Robert Ssenozi thanked the Union for giving his team the opportunity to serve them. He encouraged the new Board to strengthen corporate governance, to recruit new farmers and deliver according to what is promised to them. He pledged the support of his outgoing Board to the new team.

In his remarks, the outgoing Treasurer Walter Okello highlighted the status of the financial accounts. He advised the team to support the staff by giving guidance so that they perform optimally.

Mr. Martin Kananura the new Board Chairman called for clear strategic planning and proper accountability for the Union. He urged the team to embrace teamwork and work on providing exemplary service delivery.

The handover ceremony was also attended by a cross section of staff members.