by Communication and Visibility | Oct 2, 2019 | General, Lobby and Advocacy 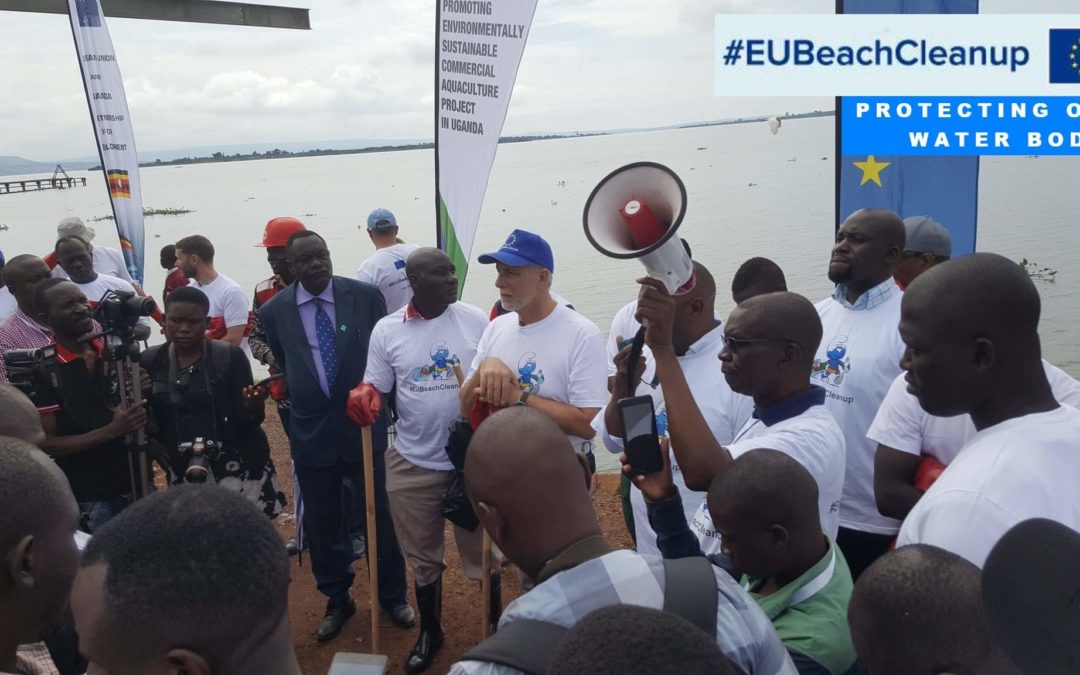 On 27th September 2019, different partners of the European Union in Ugandan from all capacities joined hands in cleaning up Masese landing site in Jinja district. Split into groups of 10, the participants collected garbage on the shores of the small portion of Lake Victoria that makes up the landing site. The litter which included plastics, polythene, and rubber among other items filled up loads of garbage bags.

Taking the lead in the global beach clean-up was His Excellency Ambassador H.E. Attilio Pacifici (in the featured image), accompanied by top officials the Ministry of Water & Environment and Jinja Municipal Council.

A team from Uganda Meat Producers Cooperative Union Ltd also participated fully in the event which aimed at increasing awareness about the imminent threat of pollution of our water bodies.