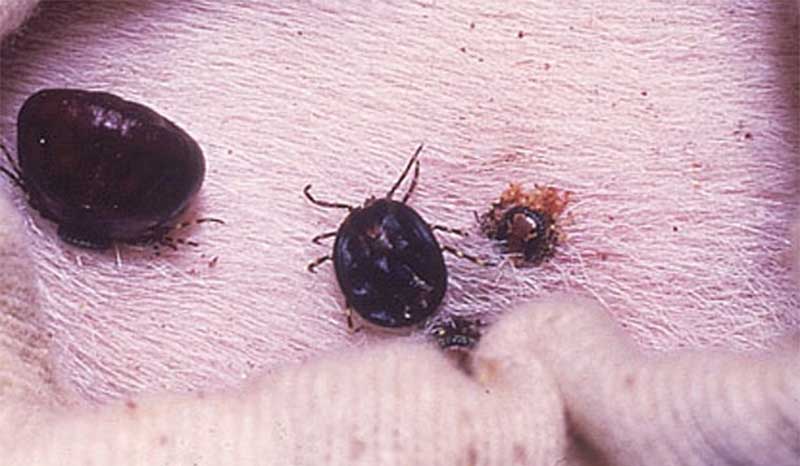 Heartwater is an infectious, noncontagious, tickborne rickettsial disease of ruminants. The disease is seen only in areas infested by ticks of the genus Amblyomma. It is one of the most important diseases of livestock in Africa. This tick-borne illness can significantly decrease productivity in regions where it is endemic.

It is particularly serious in non-indigenous livestock that are moved into heartwater areas; leading to the death of many of these animals. Wild ruminants can also be infected. Most wildlife species appear to carry the organism asymptomatically.

The mean incubation period in natural infections is approximately 2-3 weeks (14 days in small ruminants and 18 days in cattle). Some infections can become apparent as late as 4-5 weeks after exposure.

Ticks become infected by feeding on acutely ill or sub clinically infected animals. Infected animals can continue to carry the organism at low levels for a time after recovery; reports of the carrier state after natural or experimental infections range from a month or two to almost a year.

For treatment, Tetracyclines are reported to be effective in the early stage of the disease. Prolonged treatment and/or larger doses may be needed if treatment is started later, and antibiotics are often ineffective once neurological signs appear. Treated animals can remain carriers.

Supportive treatment (fluids, nutritional support) may also be needed. and additional drugs may be indicated to
treat or mitigate conditions such as peripheral vascular collapse, increased capillary permeability, edema and
convulsions. Animals should be kept quiet and undisturbed, in comfortable surroundings; stimuli may elicit fatal
convulsions.

To control, report the disease, even if you are suspecting, to relevant authorities as soon as it is diagnosed. A quick response is vital for containing outbreaks in regions free of heartwater, particularly where potential tick vectors exist.