by Communication and Visibility | May 3, 2021 | General, Institutional Development 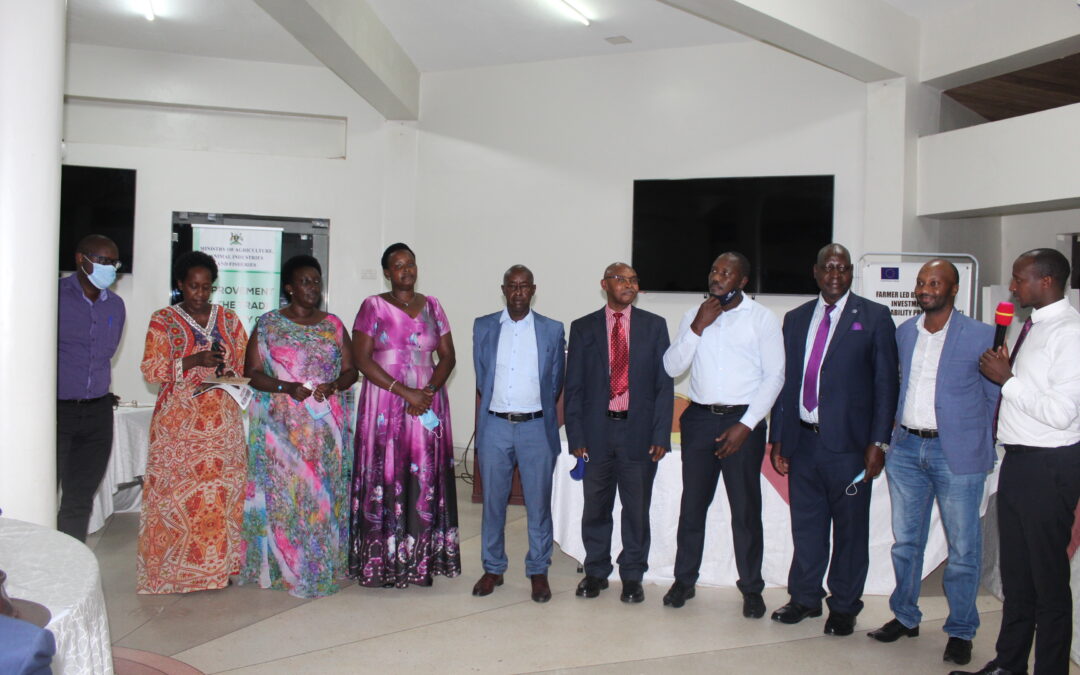 Uganda Meat Producers Cooperative Union Ltd held its Annual General Meeting (AGM) on Thursday 29th April 2021 at Fairway Hotel in Kampala. The AGM was attended by delegates from 33 of the 34 member primary cooperative societies of UMPCU, spread in the ‘cattle corridors’ of Uganda.

The meeting which was chaired by the Secretary Mr. Sam Kabenga discussed among other issues, matters arising from the presentations of the Annual Performance Report, Audit report and the Budget.

At the same meeting, members of a new Executive Committee were elected with the able guidance of the Commercial officer Mbarara city Mr. Donati Mutahi. This followed the presentation of the findings of the Search Committee, which is mandated to vet candidates vying for positions on the Executive Committee/Board.

Below is the composition of the new Executive/Board

Earlier, Mr. Mpakibi Waiswa Robert, the Assistant Commissioner of Cooperatives in the Ministry of Trade, Industry and Cooperatives congratulated the outgoing UMPCU Board for the achievements of the Union. He urged the Union to create more partnerships so as to develop further.

The event was held with support from the European Union

which is funding the Farmer Led Beef Livestock Investment and Sustainability project (FALBIIS). In attendance were representatives from the Project Management Unit/Technical Advisory Team, Zoetis A.L.P.H.A, Ministry of Trade, Industry and Cooperatives, former UMPCU Board Chairmen and other invited guests. UMPCU’s long term funder; Norges Vel sent a message to the members.